from Launch Live by Raise Your Voice Collective 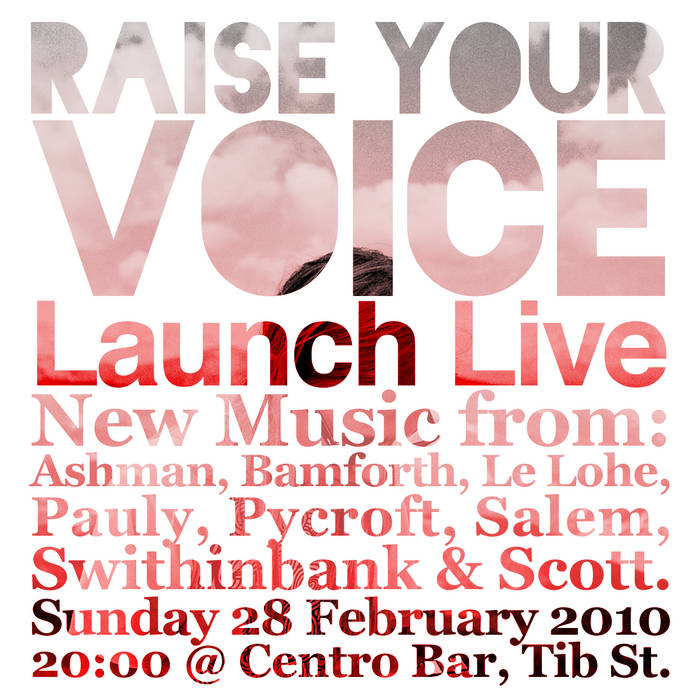 Public Bodies, for fixed media, by Sam Salem was diffused over a pair of stereo speakers at Centro Bar, 28/02/2010.

Public Bodies explores the theme of voyeurism, both intentional and accidental. We are private bodies caught in the public gaze, we see things that we would rather not, we are simultaneously hungry for attention and yet crave privacy: we are always seen and yet never watched.

Movement 1 is concerned with the Self. Its gestures are sudden and cumulative, it is interrupted by texture and rhythm, foreshadowing the rest of the piece.

Movement 2 is concerned with the journey from Self to Other, or more literally from One to Many. A single voice creates textures which dissolve into the sounds the city.

Movement 3 is chiefly concerned with rhythm, as the rhythm of the Self is disrupted and becomes technological, threatening yet monotonous.

Public Bodies forms part of the music I am composing for a contemporary dance piece with choreographer/performer Jane McLean that explores similar themes. The piece is ongoing.